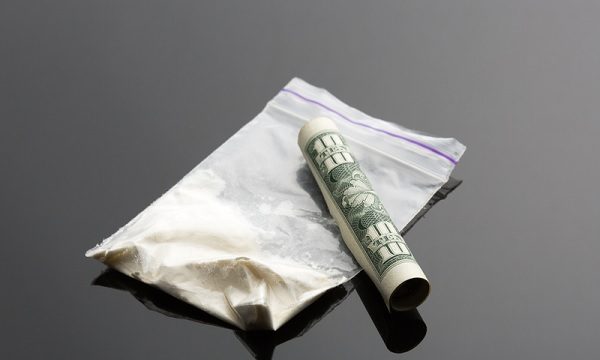 This is a milestone week for me. Twenty nine years ago, I tried to end a serious cocaine addiction by overdosing on Valium.

To be honest, it wasn’t the cocaine that prompted the OD. A short time before downing a nearly full bottle of Valium, I was at an after-hours club in Greenwich Village, listening to music and enjoying myself and the coke buzz I had spent most of that night’s tip money to buy.

I had been hanging in a corner of the crowded bar, chatting with some co-workers and laughing at a former boss (a record company exec) who had been trying, unsuccessfully, to score his own coke buzz, when a guy I sometimes hung out with came rushing in, eyes darting around the room. He spotted me and pushed his way through the crowd. He paused long enough to grab my hand and pull me to the bathroom.

He locked the door behind us and pulled a packet from his pocket.

“Wait till you try what I just scored,” he said, excitedly.

My buzz had begun to wear off, so I was eager to try what he’d brought. I went to take a large scoop, but he stopped me.

I remember laughing and saying, “A little? That’s not gonna do anything to me. I need pretty much the entire packet now.”

He just grinned and said, “A little. I promise. You’ll love it.”

So, I did as he suggested and snorted what I considered to be a miniscule scoop up each nostril. And promptly sat down on the toilet. I had experienced the best head rush I’d had in at least six months, followed by an incredible feeling of well-being. I remember closing my eyes to fully embrace the feeling, then slowly opening them to glance at him.

He grinned and did two pops before replying, “I know, right?”

This was nothing like the coke available on the streets of the Village, and I had to know where he scored it.

“Where’d you get this coke? Were you uptown?” I asked.

His grin grew wider, and he snorted two more scoops, before handing the packet back to me to finish off. I did, happily, and basked in the intense feeling of well-being. I was happy and mellow for the first time in I didn’t know how long. Coke had always made me jittery before. I wanted to know where this awesome stuff had come from.

And the bottom dropped out from under my feet.

I had just snorted heroin.

All I could think at that moment was, “My life is over.”

By that time, I had been doing cocaine pretty steadily for nearly three years. The first time I’d tried it was at a party for an internationally-known crooner (I was working at a major record label at the time). It was considered a party drug and everyone I knew dabbled in it, especially recording engineers who pulled all-night sessions to get albums recorded and mixed to stay on schedule (and on budget). Cocaine wasn’t deemed to be dangerous, just fun.

It’s fun, unless you have a switch in your brain that flips on when exposed to alcohol or drugs, like cocaine. I learned, years later, that I have such a switch, which made it easy for me to get hooked, first on speed, then cocaine. Alcohol affected me a different way, so I didn’t drink often, and didn’t drink at all once I dove into cocaine addiction. I didn’t want anything to come between me and my buzz.

Even after ending up in the ER for what amounted to a grand mal seizure following one 24-hour binge, I didn’t give up cocaine. It was acceptable, so I didn’t have a problem. I just needed to monitor myself and moderate my usage. (How many of you have heard this before? How many of you have said this to yourself?)

It didn’t matter that I lost a ton of weight. I’d always wanted to be skinny, and I thought being 5’6” tall and 105lbs was awesome.

It didn’t matter that my hair started falling out. I had a thick head of hair and everyone loses hair, right?

It didn’t even matter when my skin became so translucent, you could see the blue veins clearly through my skin, even the skin of my palms. (Turn your hands over and look at your palms. Can you see any veins through the skin? I’m going to guess no, because I can’t see my veins now, either. But, back then, I could).

It didn’t matter that my skin became so sensitive, taking a shower was extremely painful, so I’d try to avoid showering as much as I could. (Try doing this and working at a night club. It gets pretty old, pretty fast).

It didn’t matter that I barely had enough money to eat or take the subway from my apartment in Hell’s Kitchen, to the clubs where I worked at in Greenwich Village.

It didn’t matter that I could no longer hold down that full-time job at the major record label.

It didn’t matter that the electricity to my apartment had been shut off, so all I had was running water that was very cold.

Cocaine was an acceptable drug, in my mind. I’d seen several record company executives bounce in and out of rehab for drug and alcohol issues. The companies had held their jobs until they returned, because hey, it’s the recording industry and artists are quirky like that. Except when you’re a secretary. Secretaries are a dime a dozen, so I was expendable.

Back to that July night in 1988 and that dingy bathroom in the after-hours club in the Village. The guy and I spent some quality time in there, but I remember my mind racing, even through that mellow sense of well-being.

All I could think was: I had done heroin.

Therefore, I was a junkie.

And I couldn’t live with that.

After saying goodbye to the guy and my co-workers, I spent the last of my tip money to take a cab to my apartment, where I proceeded to swallow a bottle of Valium.

I did not leave a note. I would not have been able to make any sense by that time, anyway. All I knew was that I did not deserve to live, now that I was a junkie.

To this day, I don’t know how or why I survived the abuse I put my body through; abuse that had killed others. The night of my grand mal seizure, the friend in whose apartment I’d had the seizure left me lying on his kitchen floor and ran out into the street, where he ran into one of my friends who had been looking for me. They rushed me to the hospital. The morning I overdosed, my sister came looking for me, and got me to the hospital, which happened to be right across the street.

There are many days I feel I didn’t deserve to survive. Even now, with a family and career, there are days I’m angry that I woke up. There are also days I’m grateful I woke up.

29 years ago, I promised my mother I’d never touch cocaine again. And I haven’t. But, I miss it every day.

When I lived in New York during the height of my addiction, my friend Wendy tried to help keep me sane, even as she battled her own demons. She’s an extremely soulful and talented singer/songwriter, and I sang backup for her fairly regularly. One of her songs from those days still resonates with me, and I sometimes use it as a mantra to get through the day.

Here are the lyrics:

The Proving Ground – by Wendy Wall

9 thoughts on “My addiction”