Last Friday, I sat in the waiting room at my local urgent care, feeling stupid about letting a case of heartburn get the best of me. I’d been dealing with this heartburn pain for two weeks, after it suddenly appeared early one morning as I drove to work. The day I dragged myself to urgent care, the pain had become so bad, I could hardly breathe. It felt as though someone had run me through with a spear, shoving the tip in under my breastbone and out my back.

The urgent care doctor listened patiently as I described my symptoms (the heartburn plus some other symptoms that were a bit more embarrassing).  After pondering my situation and feeling around my abdomen area, he prescribed a strong anti-acid medicine and ordered a blood panel of my liver, kidneys, and pancreas.

The next afternoon, I learned the pain I’d attributed to heartburn was actually my liver; that several liver enzymes were extremely high and that I needed to see a specialist right away. The doctor ended the call by saying, “If the pain gets any worse, go straight to the ER.”

One week, one specialist and several additional tests later, I know what’s going on, and the news has brought on a sense of deja vu that’s both bittersweet and frightening.

My liver is enlarged and inflamed because of an attack of hepatitis B exacerbated by an attack of Hepatitis A I’d never known I’d contracted. (The Hepatitis B is old news – I was born with it).  There are also fatty deposits in my liver but the doctor’s greatest concern (that my bile duct was blocked) turned out to be for naught.

Which leads to the frightening and bittersweet sense of deja vu.

My mother’s liver was also damaged by a one-two punch of hepatitis A and B (she was also born with Hep B). She suffered much more serious damage, though, and was rushed from New Jersey to the University of Pittsburgh Medical Center for a liver transplant. Unfortunately, by the time she arrived, she was too sick to undergo the procedure. She passed away days later.

It’s understandable to wonder whether I’m going to go the same way as my mother. I did think about it for about an hour or so. But even though I’m dealing with similar health issues, my situation is different. I believe we’ve caught my liver damage in time to turn things around. Also, there have been amazing advancements made in the areas of organ transplantation, I could undergo the procedure right here in Seattle.

The next course of action: my internal medicine specialist is referring me to an infectious disease specialist to help monitor the Hep A & B levels. For now, we’re starting with dietary changes (ugh). Do you know what you can’t eat when your liver is inflamed? It’s better to list what you *can* eat: BLAND. FOOD.

The other wrench in my health news came following a CT scan this morning. Seems I’ve been hosting a cyst in my uterus that’s been growing, and at my age, it’s not the cyst that’s coming out, but the whole kit and caboodle (double ugh).  My ever-industrious internist is referring me to a gynecologist who can do the surgery. This news brought another memory of my mother, who had to undergo an emergency hysterectomy when I was 14, because of a cyst that grew quickly and pressed against a blood vessel in her uterus.

So, turns out I’m like my mother in more ways than her Asian “death stare” I’ve perfected over the years, our shared obsession over purses, and our love for the Bronx Bombers.

There is one bright spot to this story, though.

I don’t have heartburn. 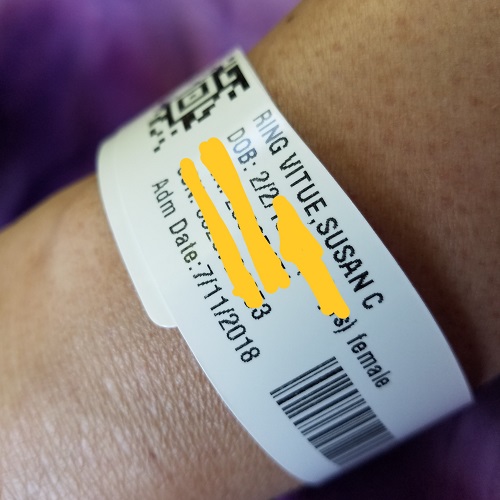