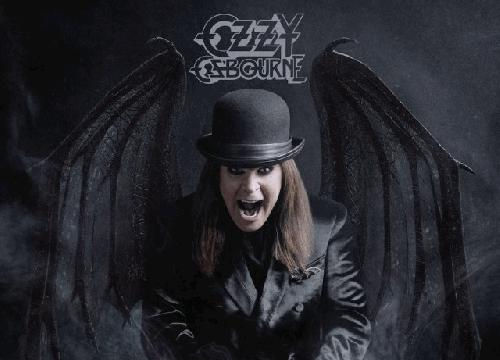 Ozzy Osbourne’s been in the headlines a lot lately, first, with his Parkinson’s diagnosis and subsequent tour cancellation, then with the release of Ordinary Man, his first solo album in a decade.

The songs travel a dark road through his mind and memories, recalling trials and tribulations; regrets and fears. There’s a lot of creative collaboration with G’nR bassist Duff McKagan and Red Hot Chili Peppers drummer Chad Smith, who are listed as co-writers on 9 (McKagan) and 10 (Smith) of the songs. Rappers Post Malone and Travis Scott appear on the album as co-writers and guest vocalists on It’s A Raid (Malone) and Take What You Want (Malone, Scott). Take What You Want was also released on Malone’s 2019 album, Hollywood’s Bleeding.

The track that’s captured everyone’s attention, though, is Ordinary Man, a duet with Elton John, who also plays piano on the song. The song cuts straight to my heart for several reasons, not least of which is the poignant lyrics sung by two legends with decades of heartbreak between them.

“Many times I’ve lost control
They tried to kill my rock and roll
Just remember I’m still here for you
I don’t wanna say goodbye
When I do, you’ll be alright
After all, I did it all for you
Don’t forget me as the colors fade
When the lights go down, it’s just an empty stage”

I cried when I first heard this song. Not the tears that leak out during those touchy-feely commercials, but the gut-wrenching sobs of someone who has carried decades of regrets, fears, and self-recrimination inside her. It’s both heartbreaking and cathartic.

I’ve loved Ozzy Osbourne since his first solo album, Blizzard of Oz. Although it came out in 1980 (1981 in the U.S.), I didn’t listen to it fully until 1983, when we moved from Germany back to the U.S. and I dove, head-first, into the world of heavy metal. I even had a heavy metal radio show for about a year. I recorded 30-minute shows at a studio in Manhattan, which were shipped to a small radio station in Hazlet, a town along the north Jersey shore.

Fast-forward several years to 1986, when I worked at CBS Records as an administrative assistant in the contract administration department. My work area was always plastered with posters of heavy metal bands on CBS’ label, including Judas Priest, Heaven, and Ozzy.

There was a guy in our mailroom who took album covers and turned them into 3-D works of art. He did this for all albums just being released. They’d then be posted on the walls along the corridors for about a month. I begged him to give me the one for The Ultimate Sin when it was time to take them down. I’d missed my chance with Judas Priest’s Turbo and didn’t want to miss out again. I proudly hung it on the wall next to my typewriter and computer terminal.

One day, CBS Records’ PR Director walked past my desk, saw the posters, and stopped. She pointed to the album cover collage and asked, a note of disbelief in her voice, “You like Ozzy?”

I replied, “I love and respect him.”

She made a face. “Respect? How could you respect him?”

I replied, “He’s been to hell and back more times and anyone I know, and he just gets better each time.”

She frowned again, then thanked me and kept walking.

A few days later, her secretary called me and asked me to come to her office. I was confused because she hadn’t requested an artist’s contract.

I walked over to the PR Director’s office and saw she had a guest, so I hovered around the secretary’s desk. The secretary waved me in, saying, “They’re expecting you.”

So… I walk into the office and who’s sitting there, but… Ozzy.

The PR Director said, “This is the girl I was telling you about. She respects the hell out of you, although I can’t see why.”

She and Ozzy laughed like they were old friends (I later learned they were).

He said some kind things to me that I can’t remember because I was in awe. I can still remember that “out of body” feeling. He ended by telling me to call if I’m ever in LA and gave me his phone number.

Months later, when guitarist Jake E. Lee left the band, my friend Mark was looking to audition but didn’t have any contacts.

He’s an accomplished rock guitarist with heavy credentials, so I offered him the number I’d been given. I warned Mark I wasn’t sure it was even Ozzy’s number – that he could have given me a bogus number, but it never hurt to try.

Mark called me back a few hours later. Not only had the number been real, but Ozzy had answered the phone himself. He asked Mark to send him a demo tape and gave him the address.

Mark didn’t end up getting the job. A young, up-and-coming guitarist from New Jersey named Zakk Wylde did. Still, I’ll never forget the kindness Ozzy bestowed upon a stranger who cold-called him for an audition.

I hope his family finds a treatment that will help slow the progression of his Parkinson’s and that his health improves. I’m glad he was able to record and release an album. From all of the reviews I’ve read and from all of the remarks I’ve heard from people who have listened to it, Ordinary Man is resonating with fans, old and new, as well as different generations, thanks to Travis Scott and Post Malone.

To those who’ve been to hell and back in your own lives, fair warning: listening to this album may trigger some deep emotions. Let them come, then release them, and try to live your life.