The growing allegations against Harvey Weinstein have brought out many “Me Too” stories from women and men from all walks of life. I think, if you’re a living, breathing human, you’ve had at least one “Me Too” moment.

My 20’s were spent in New York City, working in an industry rife with “Me Too” moments. The recording industry was (and probably still is) filled with men (and women) who got off on demeaning women (and men) in lesser positions, or preying on people looking to break into a competitive business.

I experienced the music industry in several ways: as a receptionist and secretary at several major record labels; as a waitress in several nightclubs; as a singer and voiceover artist. I was also struggling to break into acting and went on countless casting calls, as well as accepting a couple of modeling assignments.

The majority of my experiences were good and I met many supportive and uplifting people who were all about the work at hand. But, there were also bad apples.

Here are just a couple:

The Dirty Old Man(ager): I met him when I auditioned for a rock band on Long Island. The audition consisted of me singing along to a record of Tina Turner singing “What’s Love Got to Do with It,” followed by harmonizing on a Beatles tune with the singer of the band. The band wanted me but the manager wasn’t too sure.

Or so I thought.

The calls began the following week, with similar themes: the D.O.M. telling me about my unique voice and look. He insisted the band wasn’t for me, but he could “manage” me and get me into the studio with a big-name engineer (He named the engineer. I’m not, because he has nothing to do with this). All I had to do was have dinner with him. Just one little dinner. Just the two of us. Alone in his house. He’d even let me cook. I should mention he was in his 60’s at the time.

He kept calling and dangling the engineer. I stopped answering my phone.

The (truly) big name record producer: I met him when I worked at a diner that delivered food to his recording studio. Our delivery guy was out so I delivered to the studio. I really wanted to see inside the studio. So many big-name bands recorded and mixed albums there. His assistant let me in, but he took over, inviting me to sit for a few minutes and watch a rock band lay down some tracks. I stayed maybe ten minutes, then needed to get back to the diner.

He invited me back and I went. It was exciting to watch major acts recording their tracks and listening to him turning their tracks into musical magic. During one visit, he overheard me quietly singing along (I have a knack of being able to hear a track once, maybe twice, then being able to sing a harmony). He overheard me and drew me into a conversation about singing and music.

After the band left, he had me stand in the recording studio at a giant microphone where the singer of a major rock band HAD JUST STOOD. He told me if a singer could sing the Star-Spangled Banner with no musical backup and sing in tune, they could sing pretty much anything.  He told me to sing it and I did (I was an Army brat and grew up singing our national anthem). I came out of the studio and sat beside him, listening to the playback. He turned serious and told me I had a voice he could develop, that I could have a singing career if I chose.

I won’t lie. His words sent a thrill through me. I’d always wanted to have a singing career, but so far, my singing gigs had consisted of singing back up for other bands. I loved singing harmony, but a part of me longed to try the spotlight for a change.

Then, the other shoe dropped.

He wanted to work with me, but he also wanted to date me. He didn’t say one was contingent upon the other, and he did add that if I didn’t want to date him, he’d still work with me.  I wanted to believe that there would be no strings attached, but I didn’t feel right saying yes. I felt as though I’d feel obligated to be friendly when I didn’t want to be.

By this time, he and I were alone in the studio and I just wanted to leave. I told him I’d think about it and kissed him on the cheek before leaving. I never returned to the studio and refused to make any deliveries.

The Casting Tub Couch: I replied to a casting call for an “edgy, young, rocker-type woman” for a movie about the underground music scene. I showed up at the casting call in my best edgy rocker outfit (striped spandex tights, black boots with fringe, oversized top with a big black belt). I was handed a couple of sheets of paper stapled together and sat with about 12 other girls in edgy rocker outfits, waiting to be called. I glanced at the scene on the sheets. It began with this character in the bath, ruminating about her career (or lack thereof). Somehow, as she’s ruminating about her career, she begins masturbating and soon forgets about the state of her career as she gets into what she’s doing. The second sheet of paper includes a few lines – snatches of a conversation, really.

I didn’t know whether that was true or not. I remember feeling discouraged as I left. I wasn’t a prude, but what the casting guy said just didn’t feel right.

I never attended another casting call.

The nightclub doorman-turned-stalker: I met this guy when I worked at a rock club. He was friendly and cute and we flirted harmlessly.

Or so I thought.

He began calling me, friendly at first, then becoming more agitated. He demanded I follow through on my flirting and give him what he knew “we both wanted.” I quit my job but the phone calls continued. One night, he was waiting outside my apartment building. Luckily, some guys came walking up the street and I was able to slip away from him into my building, which had a locked entry.

He continued calling, filling up my answering machine with threats. One night, as I walked home from work, he ran up behind me, grabbed me by the hair and flung me into the wall, growling that I was going to give him what he wanted.

I’m not a violent person by nature, but I grew up with lots of anger and if there’s one thing I hate, it’s people coming up behind me. I unleashed my anger on him, which he didn’t expect. As he was about my height and slender, it was easy to turn the tables and beat him back. Had he been taller or bigger, I would not have stood a chance. I ended up giving him a black eye and taking advantage of a well-aimed kick in the groin to get away. The next night, I told several male co-workers about the guy, who they knew (the nightclub world is very small). Several nights later, they told me he’d never bother me again. He didn’t.

Other incidents happened during that time, as well as in the following decades. Some, I brushed off as flirtations. Others, I bore in uncomfortable silence, because I needed my job. One, I still cannot bring myself to talk about.

Speaking out isn’t right for everyone, but hopefully, as they read the many stories that are now out there, they will learn just how NOT ALONE they are. 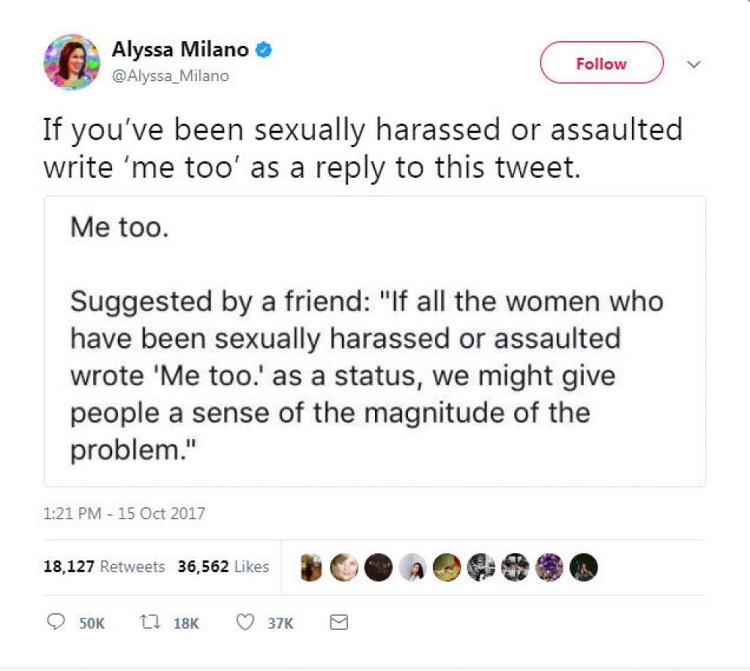 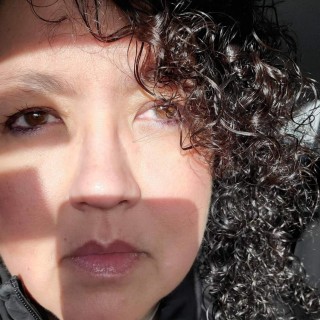 Writer of words. Drinker of coffee. Metal is my soundtrack.