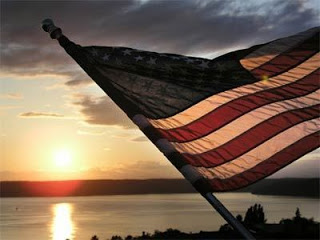 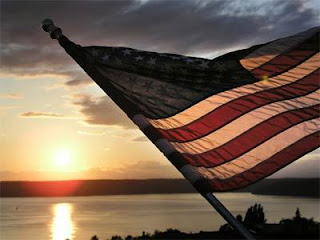 When I see an American flag:

When I see the American flag flying from every federal and public building, and in many front yards, I remember the blood, sweat and tears that went into creating our Star Spangled Banner.

And I think, the words “THANK YOU” seem insignificant to express the gratitude for centuries of victories, sacrifice and loss that have gone into keeping Old Glory flying.